Dibee has been settling in and seems really happy to be living in a home.

At about a year and a half old, this little tyke has some wacky puppy energy that makes her channel her inner Tasmanian Devil in the evenings, and toss her stuffed toy up in the air, 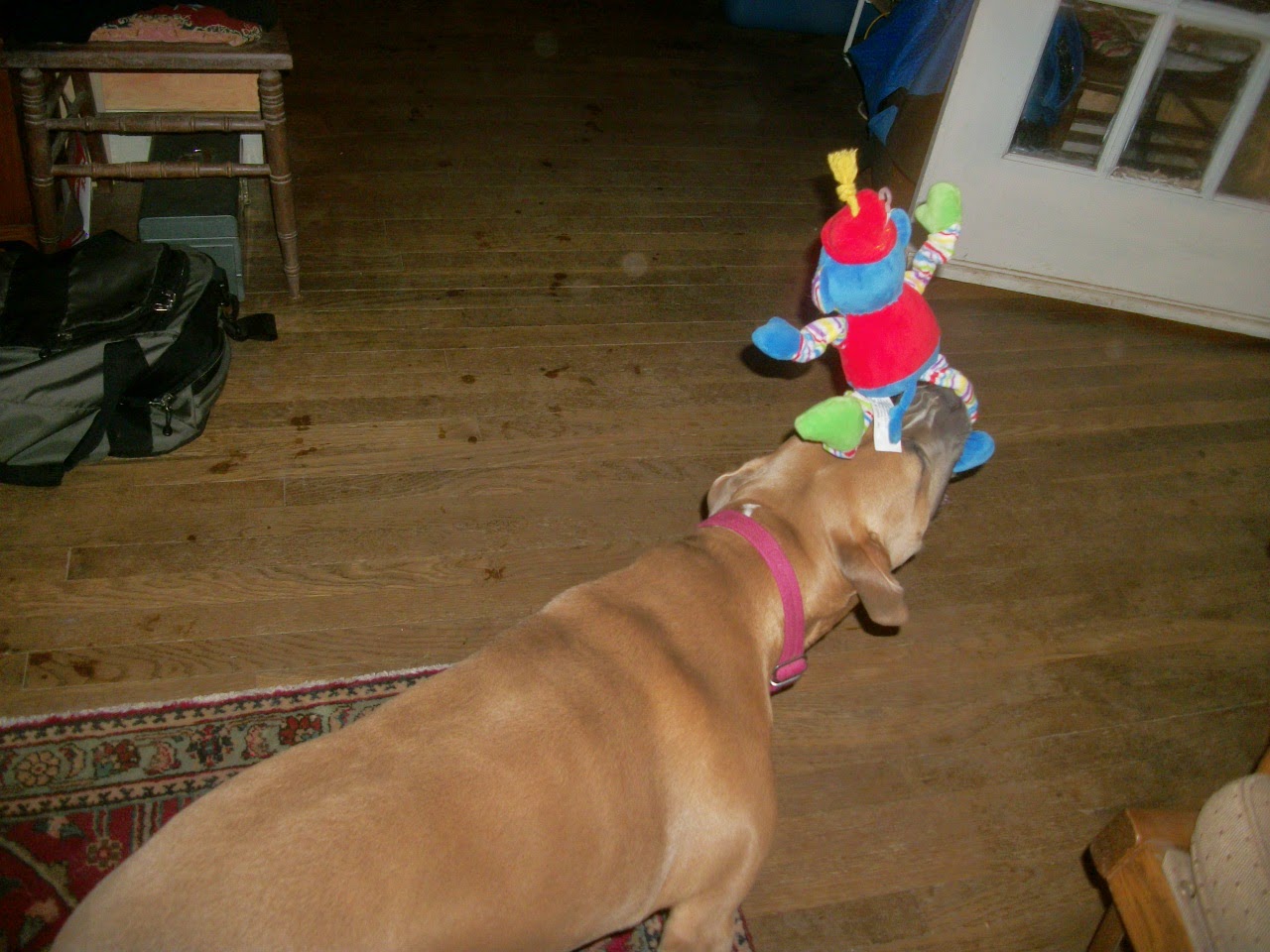 zoom around, run in and out of the dog door, chew on ankles, arms, and other body parts convenient to her mouth, and then pass out on a dog bed.
Or part way on a dog bed. 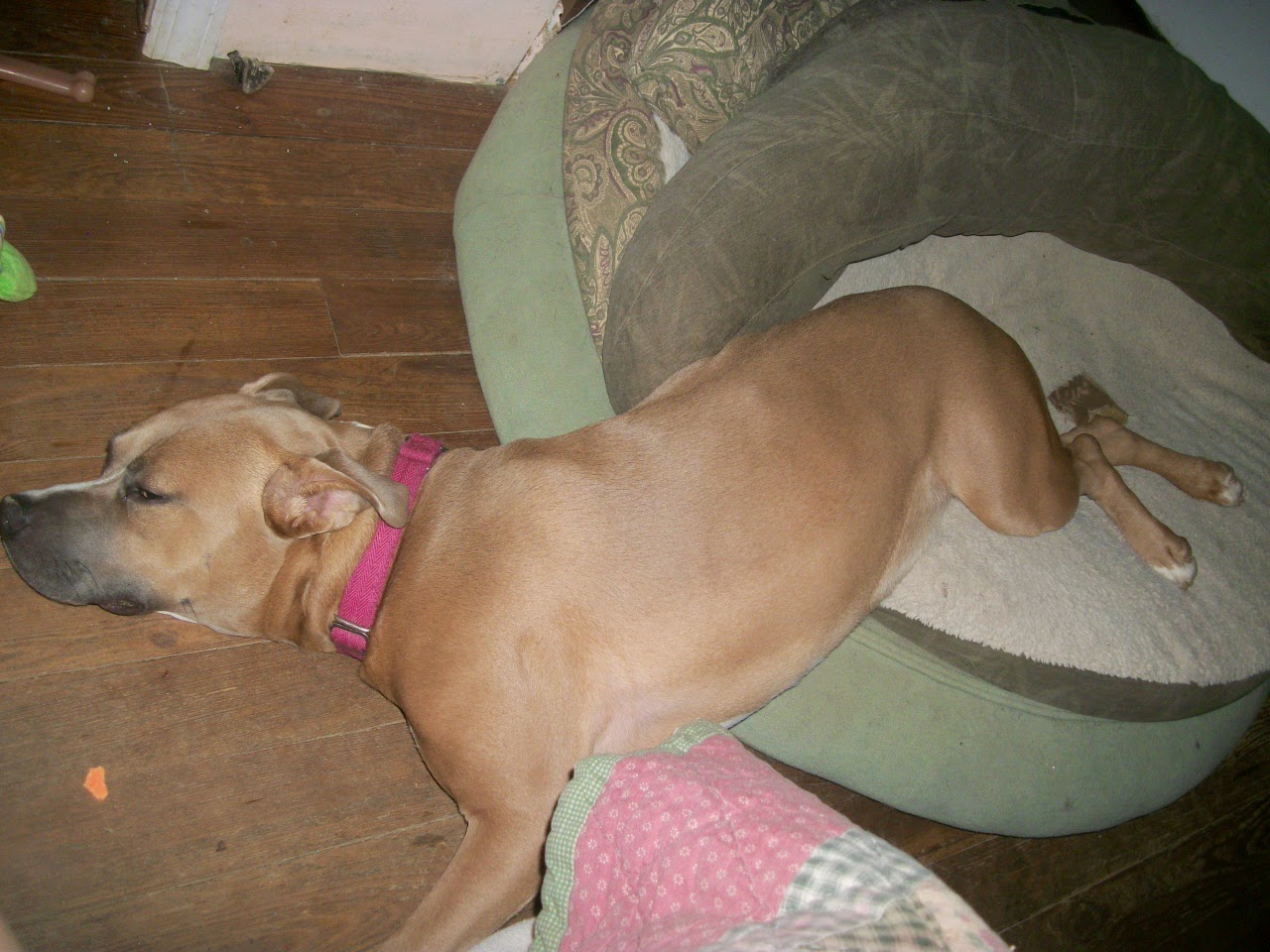 The other day, I even forgot who she was for a minute and called her Star!

It's safe to say that she's less wacky than Star, her moments of zaniness are of shorter duration and she knows Sit so well that she is easily distracted out of whatever idiotic thing she's doing.

Nonetheless, we thought it would be a good idea to take her for a long daytime walkie so we could rest in the evening.

The Monocacy River offered a good place to walk, along banks that were unfortunately covered with poison ivy. So we waded in to the water, and although Dibee was reluctant to join us at first, 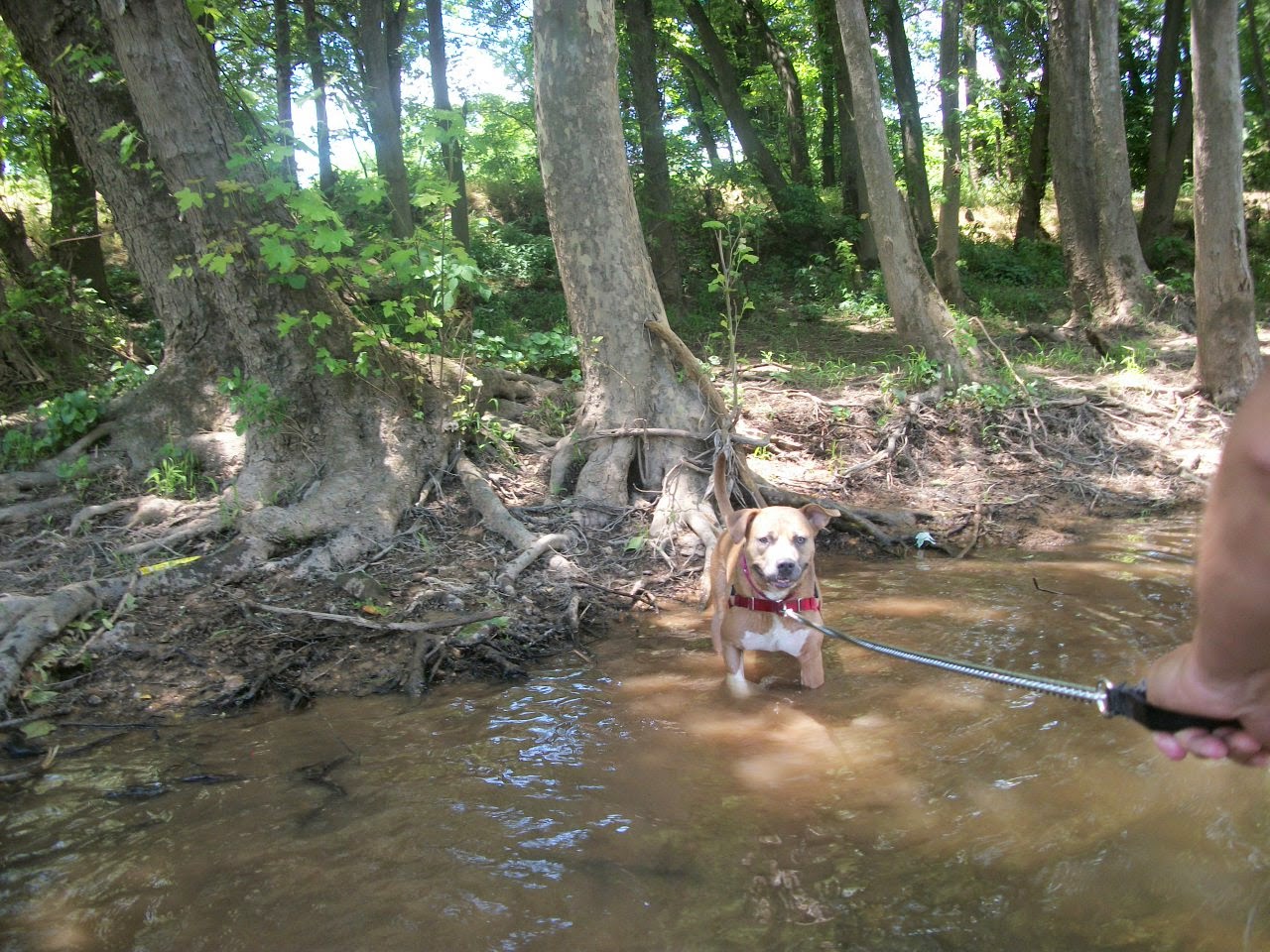 eventually she decided to take the plunge. 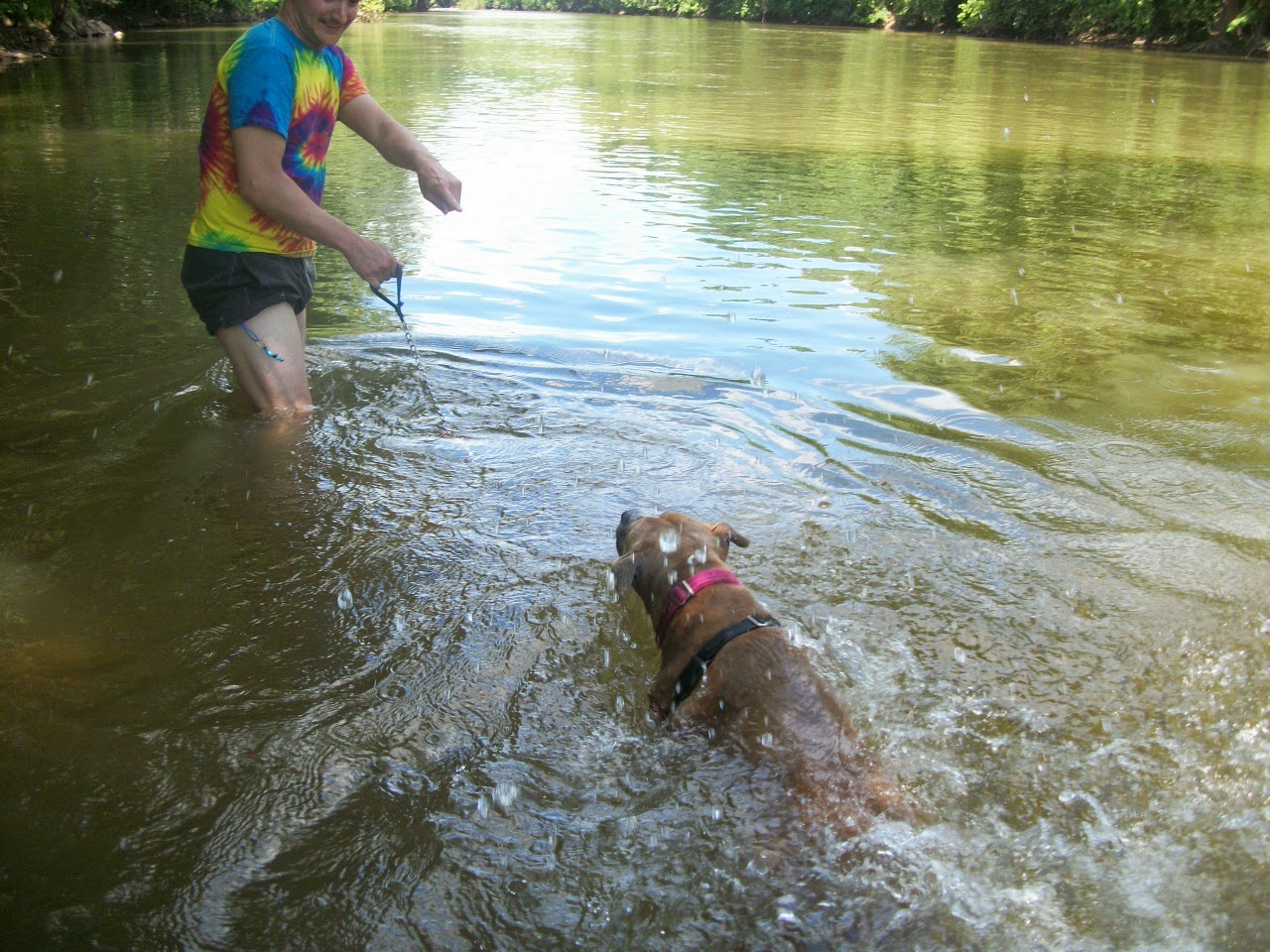 From the panicked look on her face I'm pretty sure it was the first time she ever did that! 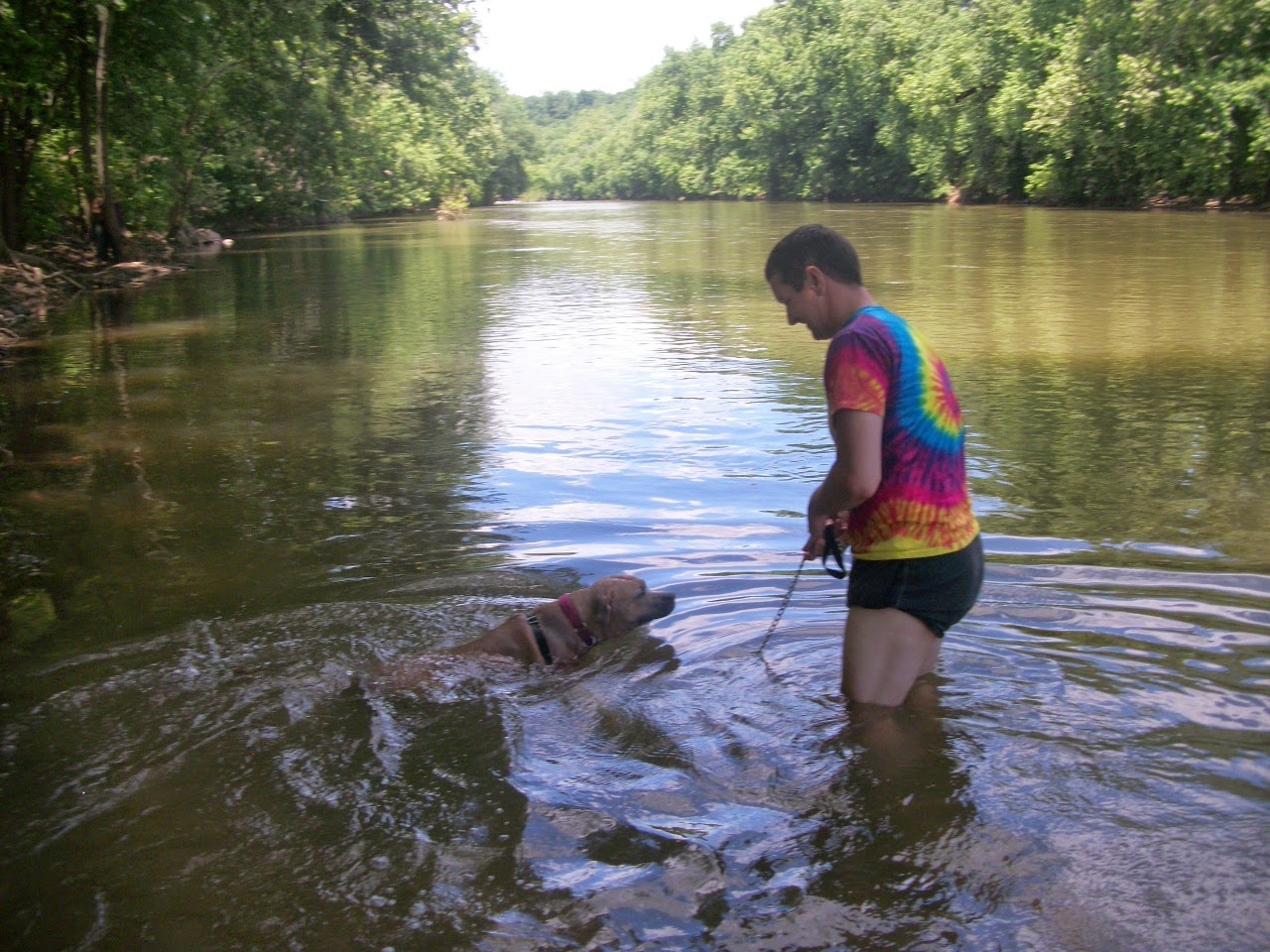 She did a beautiful and perfectly competent little dog paddle, and then she was done swimming and wanted to keep all four paws on terra firma. 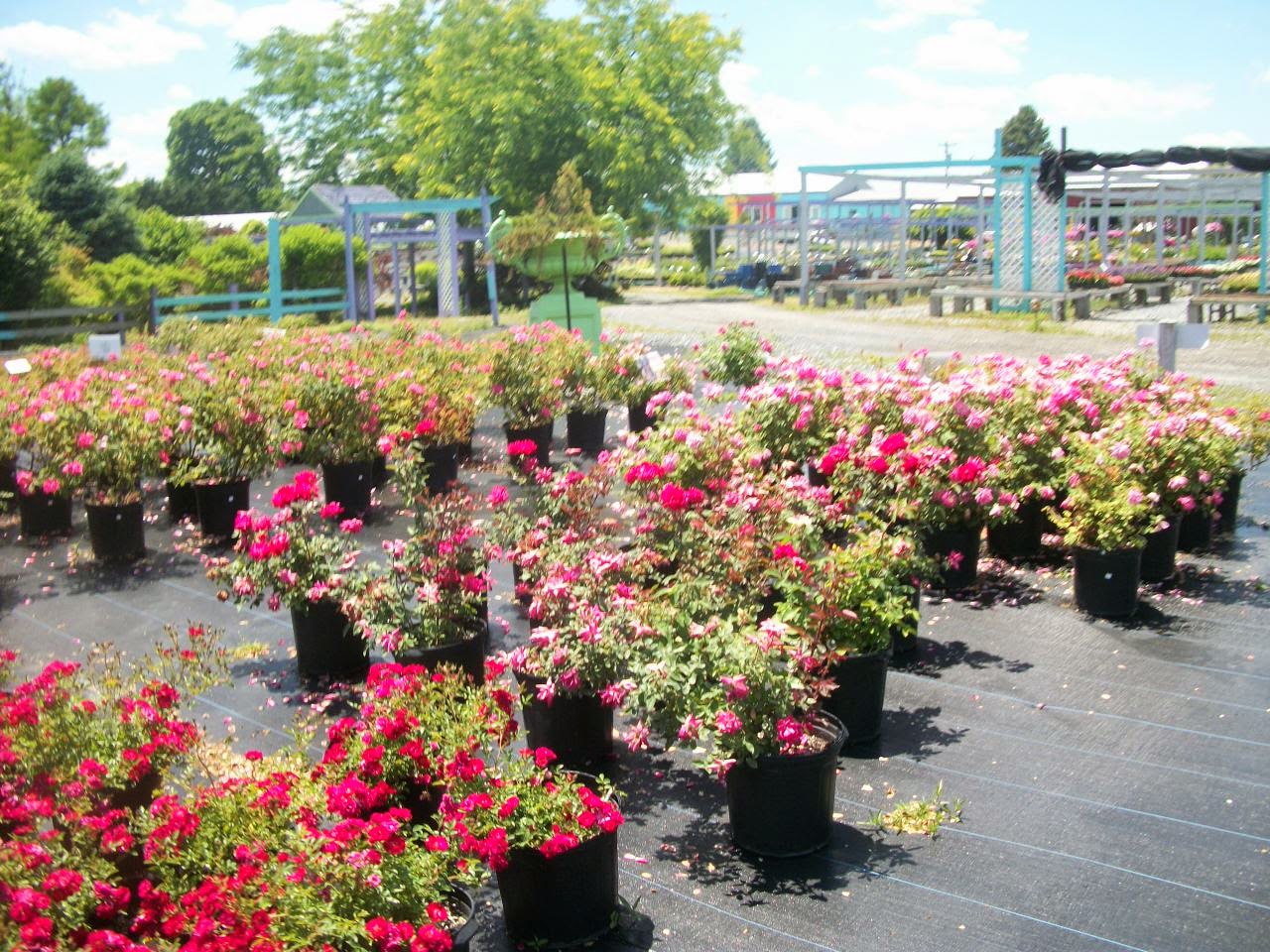 What's a drive in the country without a stop at a nursery, so Mom can fantasize about having a really outstanding garden someday.


And then we did find a trail, a pretty trail with less poison ivy, also along a stream and through a forest. 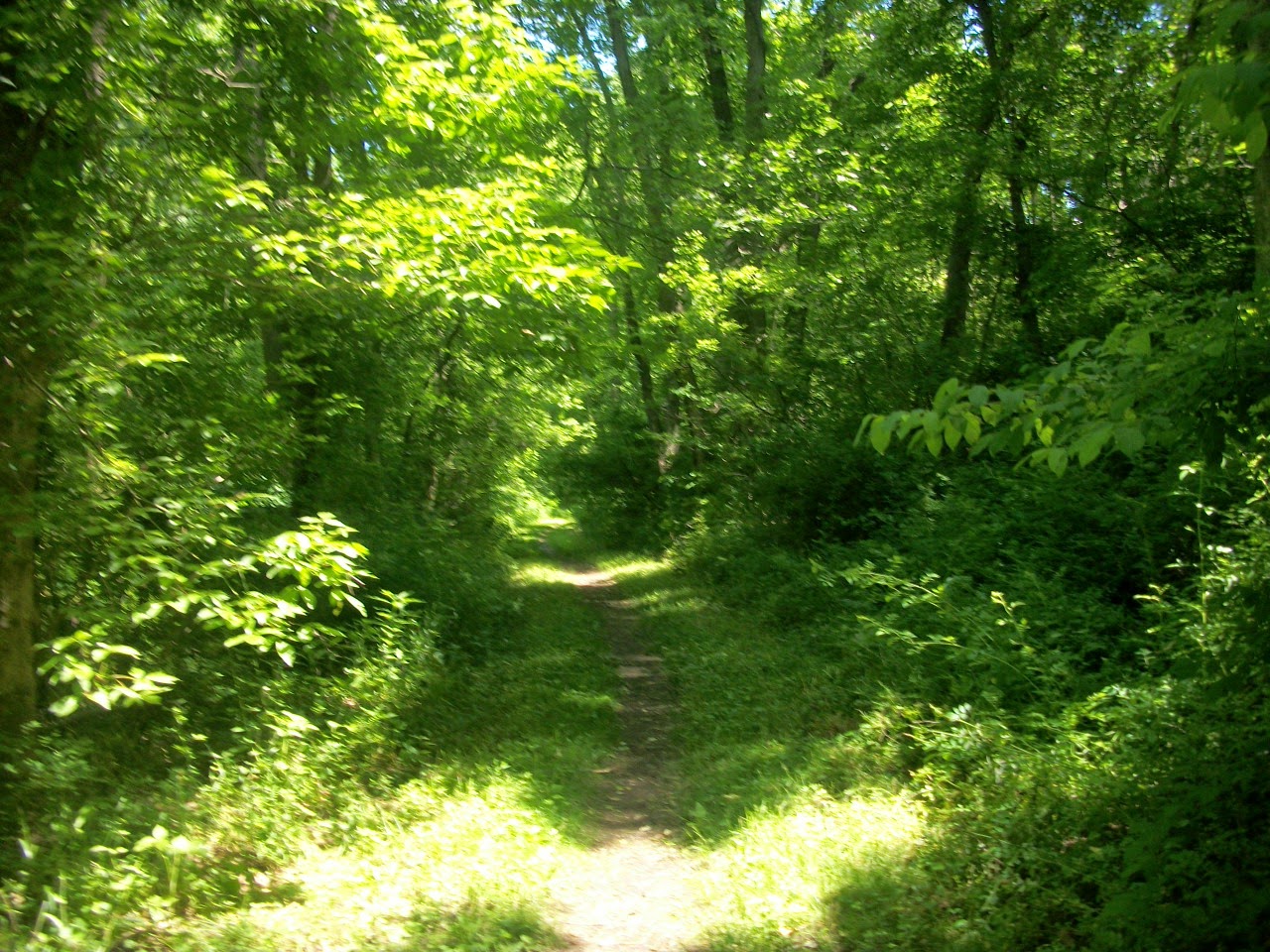 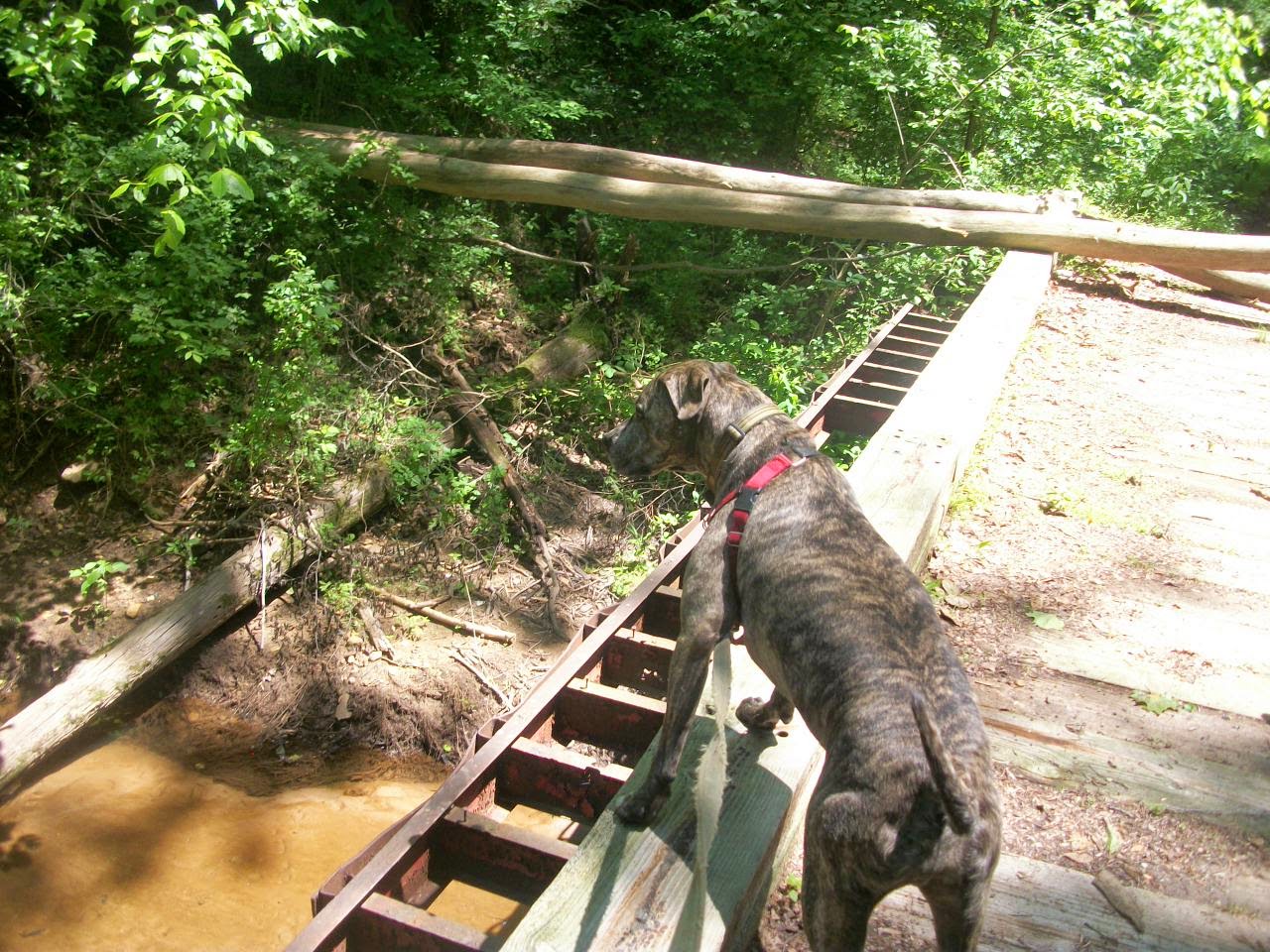 
cool down in the stream, 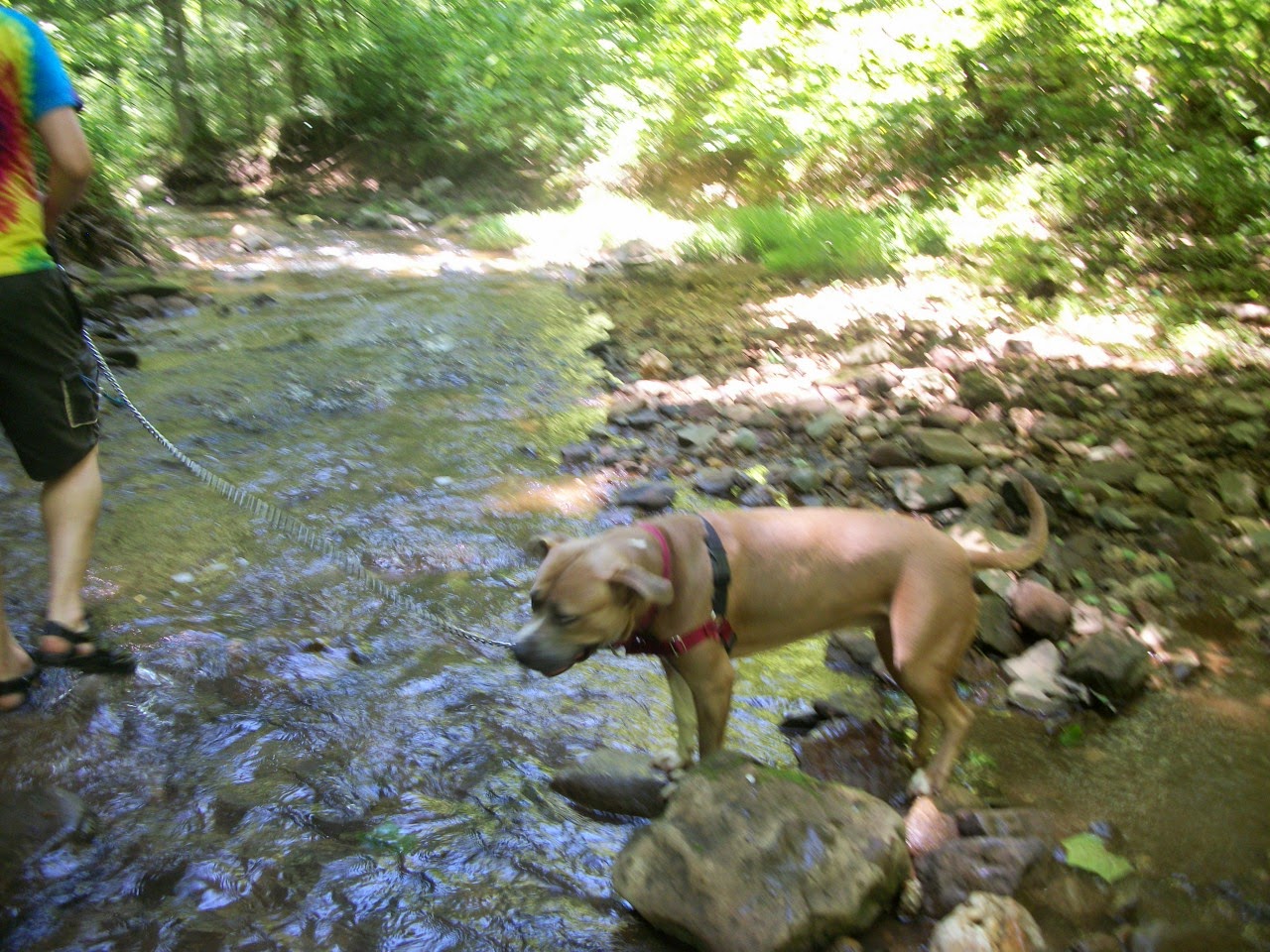 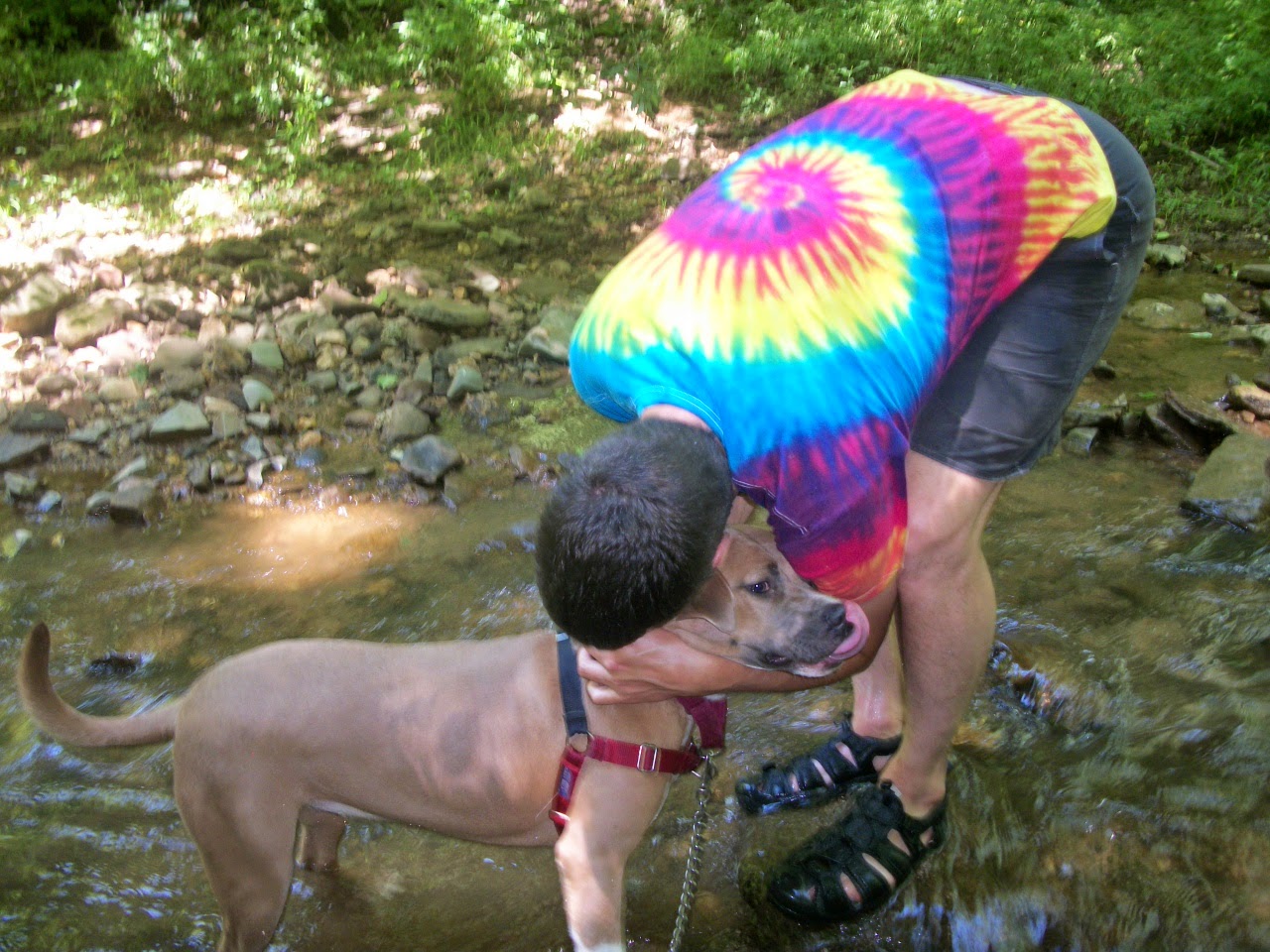 and then we came home and had an enjoyable evening, in which Dibee was as wacky as ever for a short zoomie spell until she plotzed out and went to sleep.

What's YOUR favorite way to deal with evening zoomies?
By Kirsten (peacefuldog) at June 08, 2014