Lots of hungry mouths to feed around here. I think it's time for some Chewy.com snacks.

On offer this month were some limited ingredient food tubs from Natural Balance. We chose the Whitefish and sweet potato grain-free food.
These limited ingredient diets are great for dogs with sensitive stomachs. While none of my dogs fall into that category, a few of them--and I'm not naming any names--could be categorized as what you might call picky eaters.

I thought THESE dogs might enjoy some simple, hearty ingredients.

Or maybe they'd just enjoy the self-important thoughts that come with the knowledge that you are receiving a limited ingredient diet. 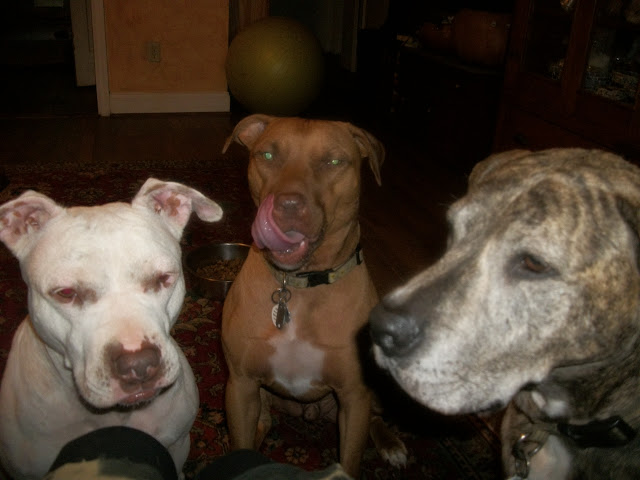 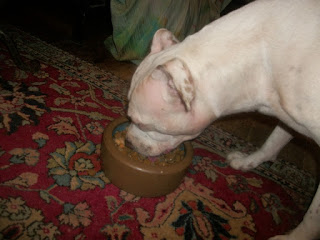 First up, Dahlia. Dahlia is not one of the picky eaters and true to form, she dug right in.

Now Fozzie. Fozzie's not a bad eater, but he likes the things you'd expect a dog to like. Nothing too fancy or tricked up, and he's not a big fan of his fruits and veggies. 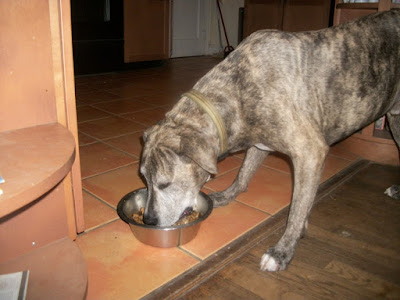 As expected he was a big skeptical of the whitefish and sweet potato concoction at first, but after sniffing around and considering his options a bit, decided to dig right in.


Now Marshal. Marshal loves food and begs for it every chance he gets. He likes bananas, cashews, and pretty much every dog food he's tried. 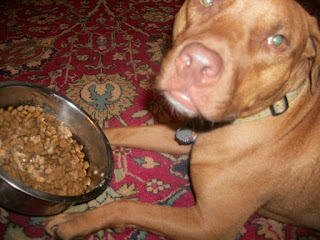 But sometimes, he won't eat. I don't think it's a picky eater issue so much as an anxiety and social pressure issue.


Sometimes I'll give him his meal and he won't eat until everyone else has gone to bed. 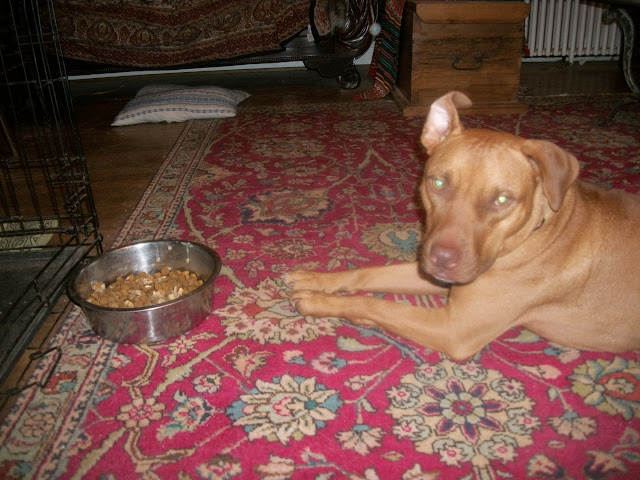 With this particular meal, he just looked at it uncomfortably, and looked at me uncomfortably. He finally ate some when I fed him bits of white fish by hand, but didn't really dig in until later, when no one was paying attention to him. 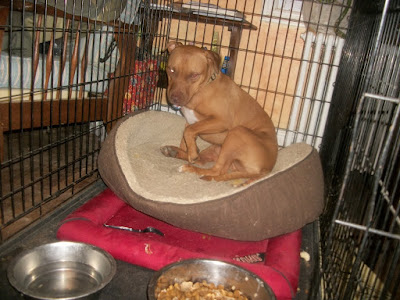 Poor little guy.
So I'd have to say--mixed reviews on the Natural Balance. A good, high-quality food, but not lip-smacking delicious enough to make the anxiety-prone among us forget their anxieties. 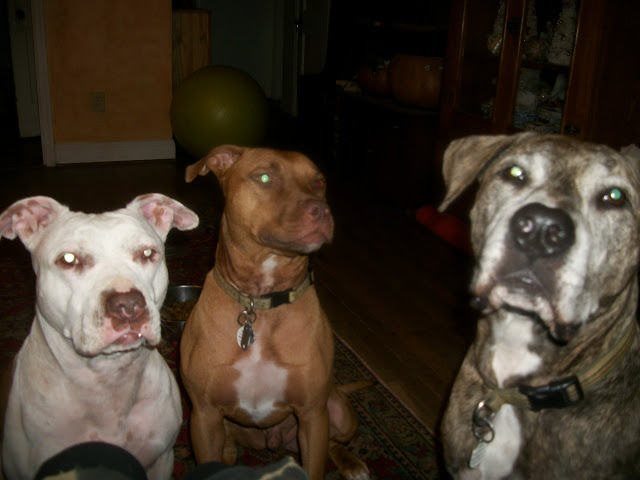