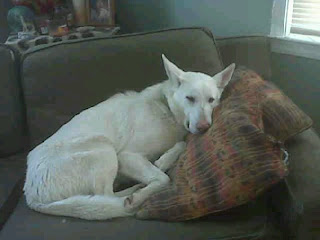 That was about the quickest turnaround time I've ever experienced in response to a request to the universe/Spirit /Buddha/Earthmother/a nonhuman animal. Lars was found, the day after I asked him to be! He is happily snoozing at home with Gigi. Thank you for listening, young man! You have made a lot of people very happy.
By Kirsten (peacefuldog) at February 09, 2011 No comments:

Born to be Wild