As the title suggests, Monday was a good day. Not just a good day, but a day that was bloody life-changing.

It started when my phone rang and the caller said she was with Montgomery County Animal Services. Right then my heart skipped a beat, because my only recent connection with them was that day, one of the worst days in my life, when I had them come to take Marshal away. Many times since then I have wished I had done something different, and I assumed that Marshal had paid the ultimate price for my lack of calm decisionmaking--despite my last communication with the shelter, in which they said they would do everything they could for him.

This call, like a ray of pure light into the dark, guilt-ridden recesses of my soul, relayed the information that Marshal has been at the shelter all this time! 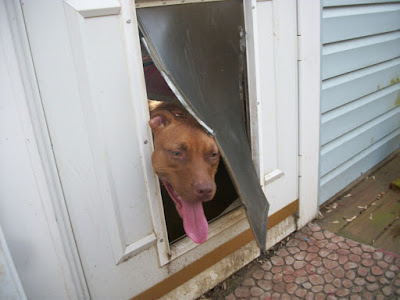 Apparently everyone there really likes him. 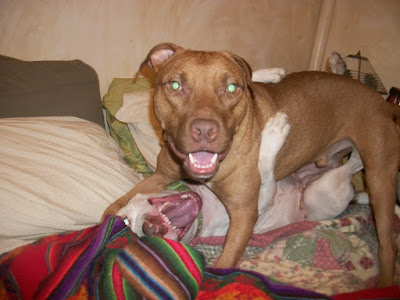 He is still a bit shy and scared, but he brightens up every time he gets to be with other dogs and he's been participating in play groups.

They haven't been able to find a placement that they thought would be good for him, but they are now talking with a rescue that has a soft spot for pit bulls. 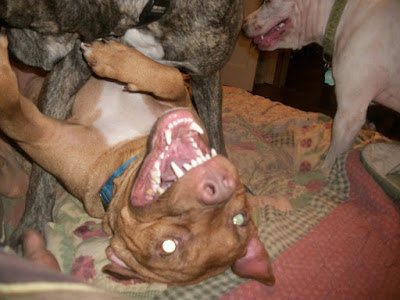 I told them I would do anything in my power to help, including talk to the rescue, hire a trainer, pay for boarding, camp out in his kennel to pet him all night. They said they'd give my information to the rescue and keep me posted.

This was nothing less than redemption from a dark force that has haunted me for 10 months. I am so glad there is someone else out there who believes that a worthy dog should be given every chance, and that some of those people happen to be running shelters. What Marshal needs--a calm home with one or two very dog-friendly, non-reactive  dogs, in a non-urban area and with a yard, shouldn't be that hard to find, and I'm going to pray with everything I've got that he finds it. 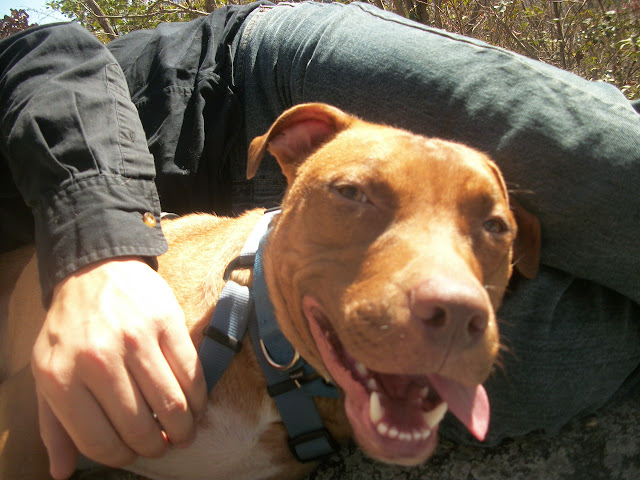 To cap off this incredible morning, the afternoon was equally extraordinary.


Over the weekend, I was invited to play mbira for a Zimbabwean embassy open house. I was nervous, but I went--and so did Mokoomba, who play amazing traditional-popular fusion music from Zimbabwe. We played a little together, and they ended up spending Monday afternoon at my house!

We jammed, talked, played with the dogs. It was absolutely joyful. 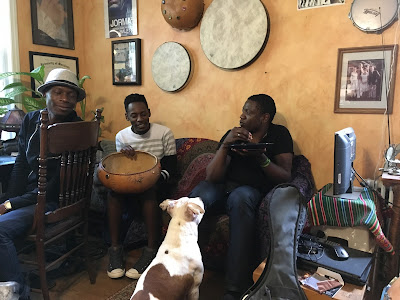 It was incredible to play this music I love so much with musicians of such caliber. 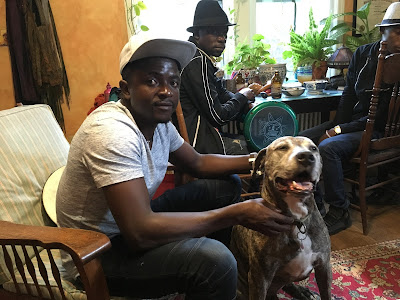 Fozzie was anxious but happy to make some new buddies.

Dahlia was in love. I think it's easier for a deaf dog to be around that much music. 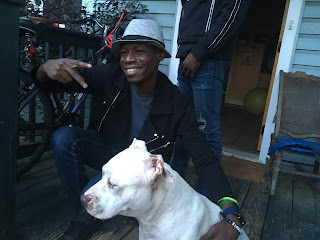 Mokoomba is on tour now and you won't want to miss them if they come to your town! Check out their tour dates here and hear our living room jam session here.