Florian and I just got back from Puerto Rico. It was an incredible trip!

We tried to pack in to one week all the amazing things you're supposed to do in Puerto Rico, like explore the neighborhoods, 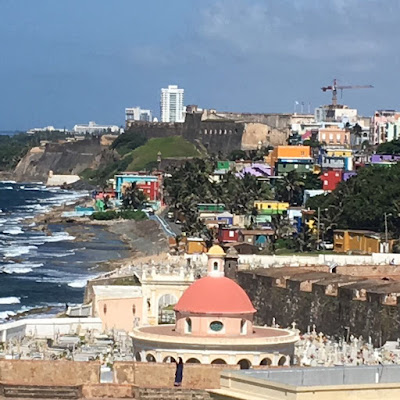 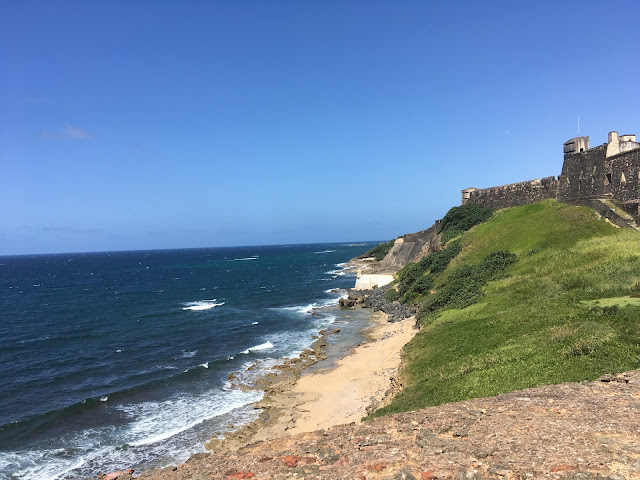 hang out at our friendly little hotel with the resident cat, 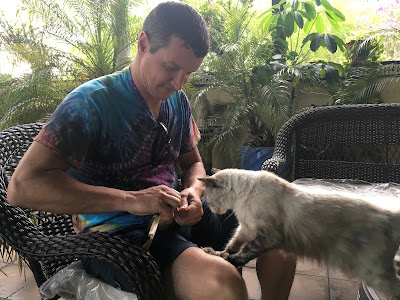 and drive around most of the island checking out the gorgeous vegetation, the cool architecture, and the little food shacks along every road.


The coast all along the island has incredible beaches, and we went to one in Luquillo where we saw some beautiful fish along the reefs that were close to shore, although the reef themselves were gray and covered with algae. 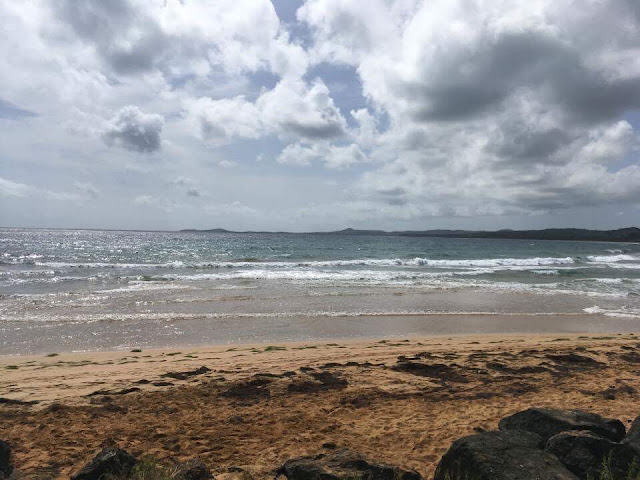 Not vibrant, the way I remembered them from when I went SCUBA diving in Honduras 12 years ago. I wish everyone could go snorkeling in some gorgeous reefs just once, maybe everyone would realize how important it is to stop global warming before they all die.

On a happier note, we did see this dog in Luquillo who just kept swimming around and around in circles, riding the waves. 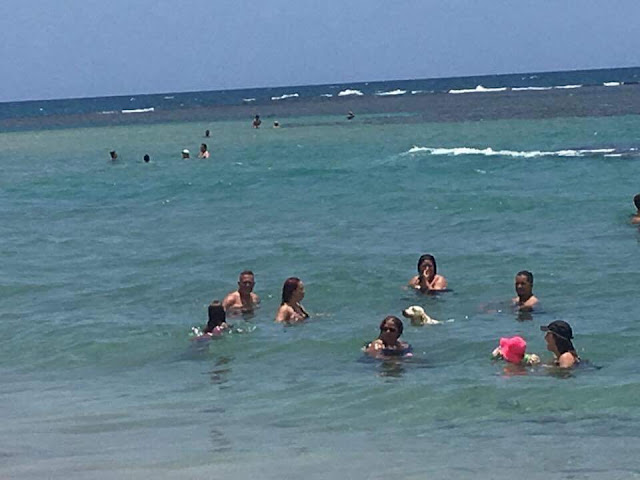 After a day at the beach, we decided to do some inland exploring and checked out the Rio Camuy Cave. 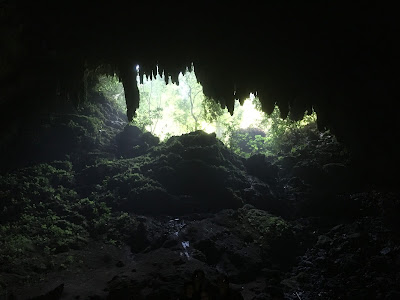 We actually went on a tour through this incredible cavern,


my favorite part of which was actually the tropical forest surrounding the cave, which was just oozing with sumptous vegetation 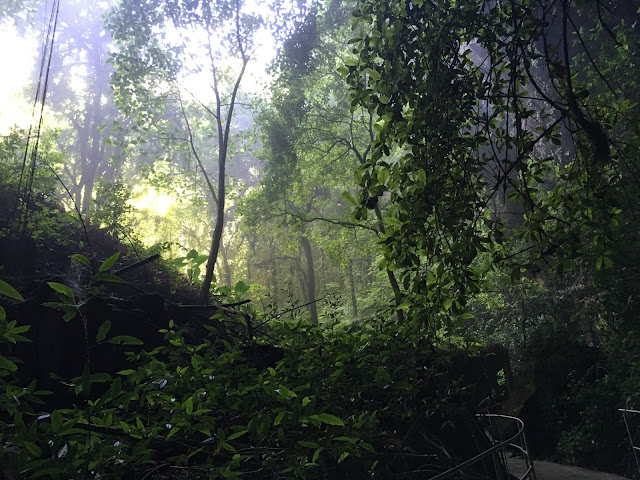 and the lighting was magical. 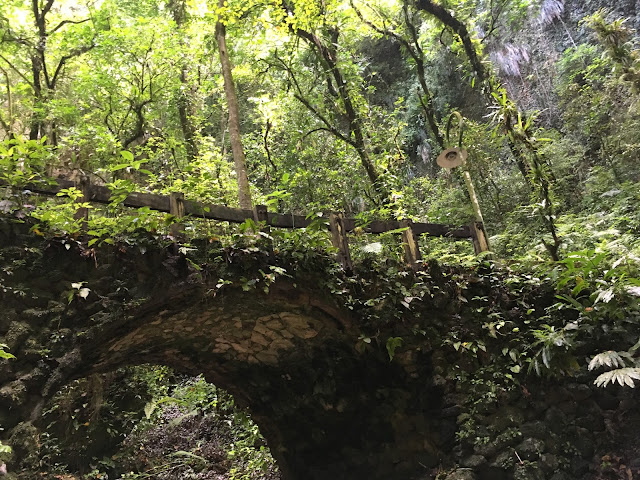 So was the cavern. 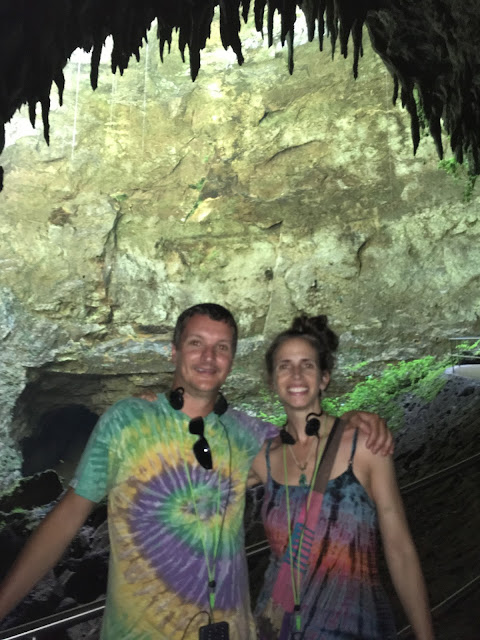 The cavern was  a major tourist attraction, but we also explored some amazing things off the beaten path like this swimming hole and waterfall nearby, which we discovered on our way back to San Juan 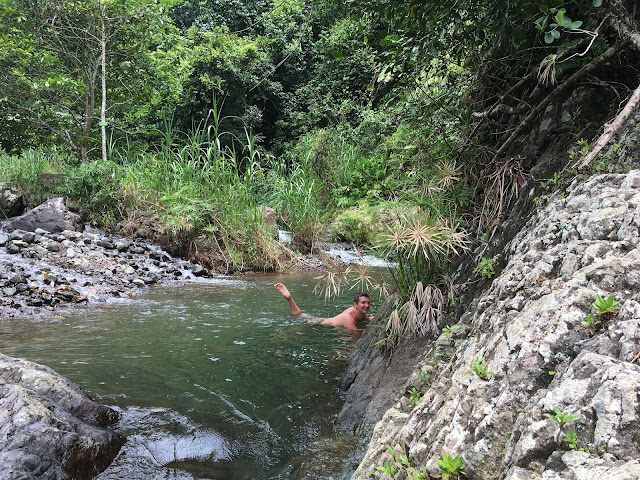 Right before we discovered this dog. 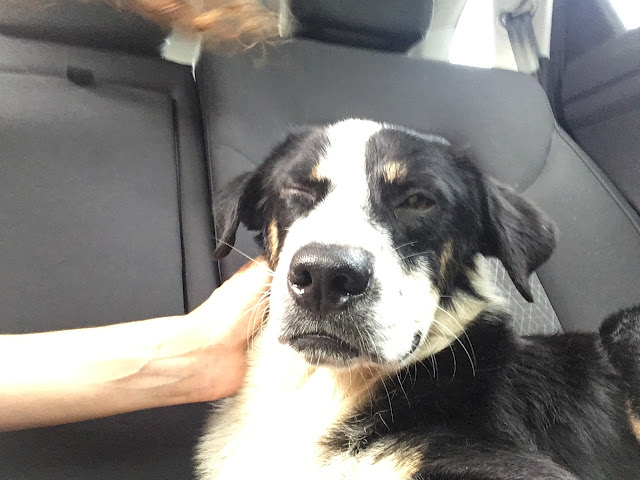 More on that later! 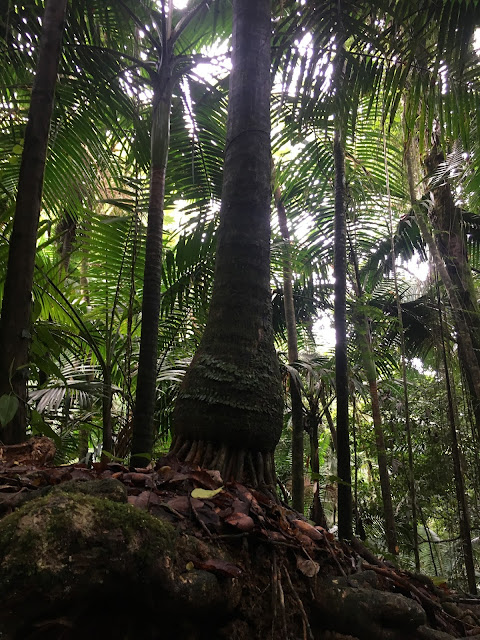 Before we get to that, I'll just say that El Yunque National Forest was spectacular

With a lot of stunning vistas, 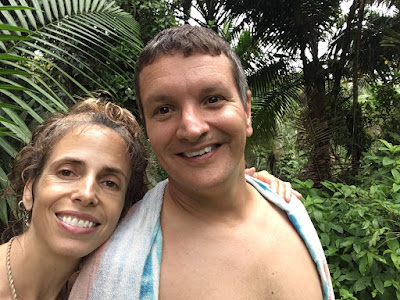 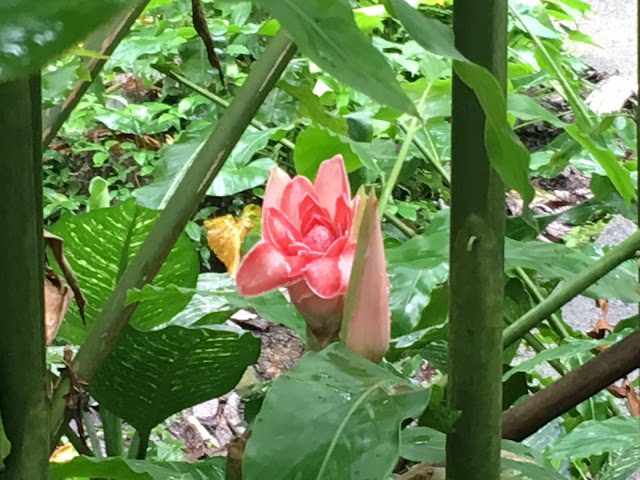 and cool waterfalls to explore 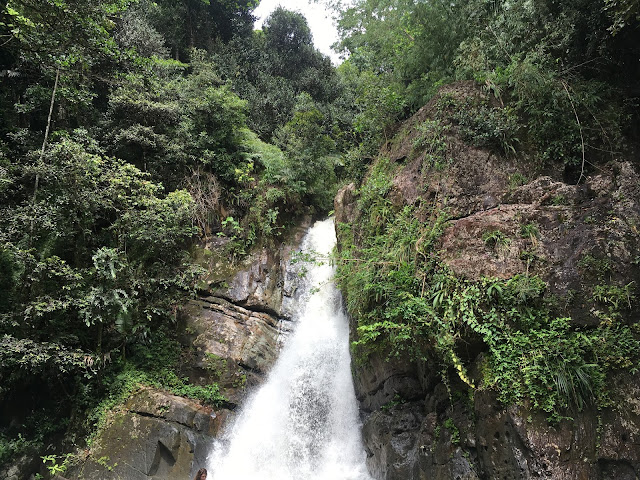 So hot and humid, as you might imagine, that it was great to have places to cool off. 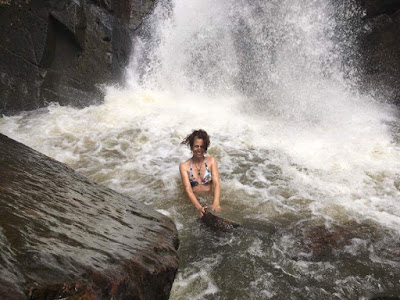 Another famed tourist attraction in Puerto Rico is the bioluminescent bays, most notably on the island of Vieques off the main island. We planned to take a ferry to explore, but after some confusing waiting around the crowded ferry terminal in Fajardo we figured out that all ferries to Vieques and Culebra were sold out until August. 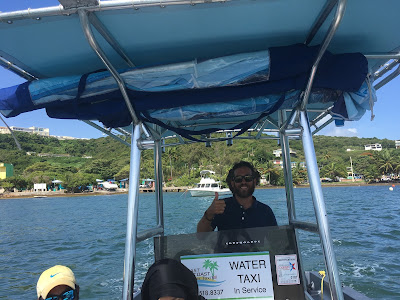 So we decided to take a water taxi to the closer, and smaller, Isla Palomino. 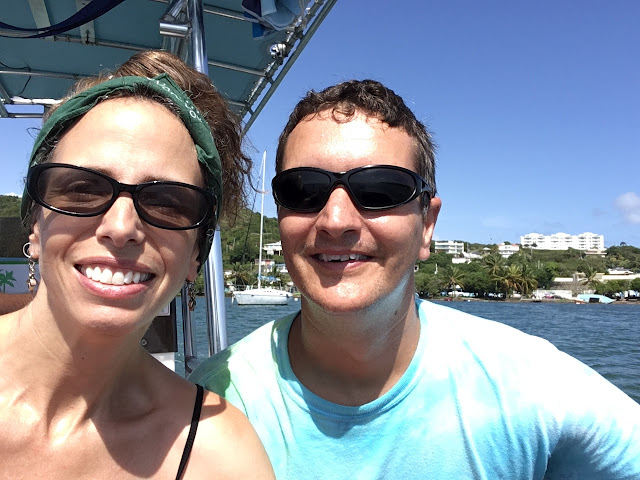 So glad we did! The beach we landed on was like the ones on postcards, and we had it almost to ourselves 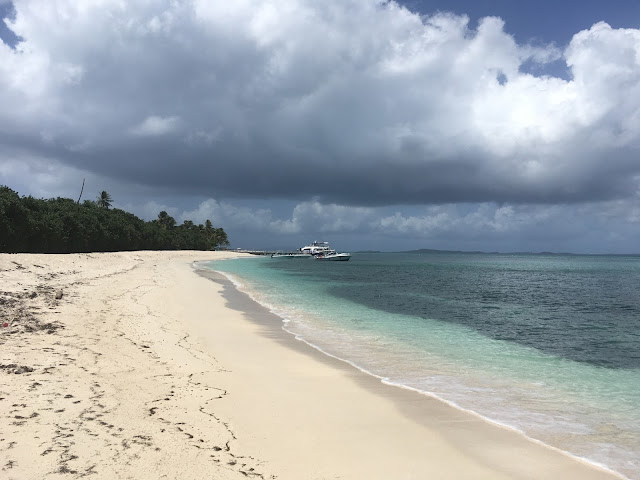 We snorkeled for hours, got thoroughly sunburned, and saw incredible fish swimming among the reefs.

It was so peaceful just swimming along, getting lost in all the strange and beautiful sights. The colorful angel fish and parrotfish, the spooky lionfish, 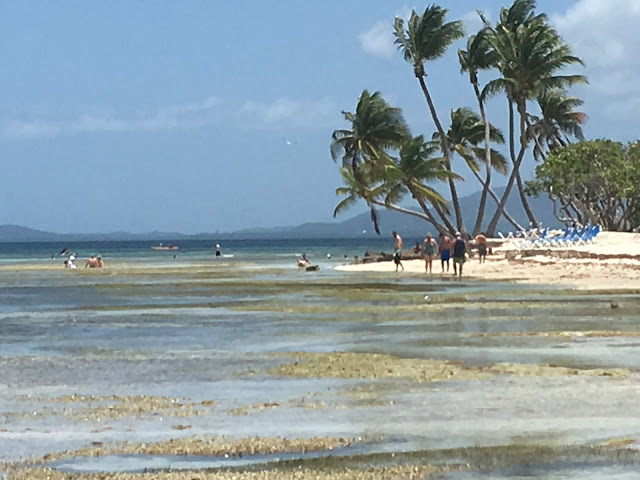 and a barracuda! I swam fast when Florian showed me that.

That afternoon was definitely a highlight of the trip, although the evening--when we went on a nighttime kayak tour of a bioluminescent bay, which we got to after traversing a narrow canal through dark mangroves--was also incredible. 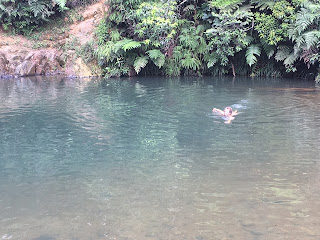 As was the next day, when we drove around feeding stray dogs and found an amazing, cool swimming hole in the forest
It was an incredible trip, but also kind of emotionally exhausting due to the endless stray dogs. Who will be the subject of a post all their own. Stay tuned!