As I have mentioned, the best part about Florian's Sunday Nutcracker rehearsals in Great Falls is that the studio is near the Potomac and its vast network of trails.
This past weekend's excursion was on a spooky, cloudy day when barely anyone else was out and about. 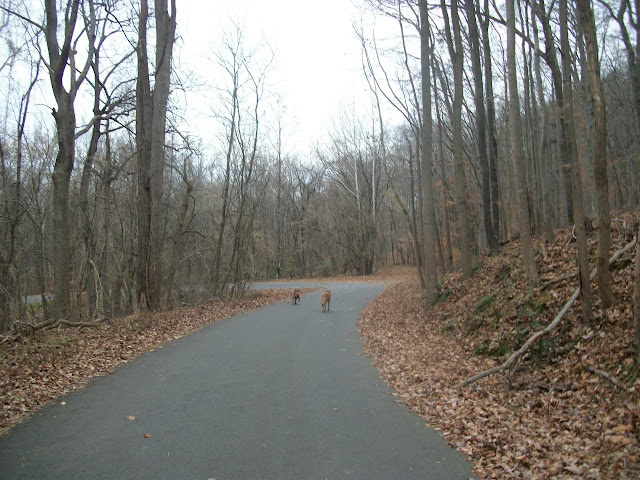 Though I miss the amazing fall foliage, I find the combination of the clouds, 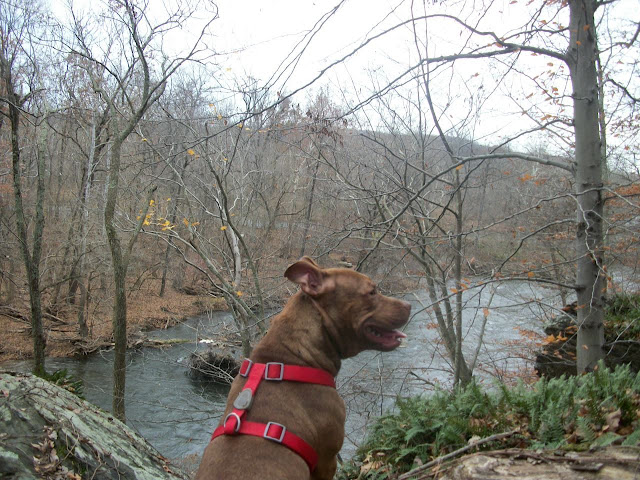 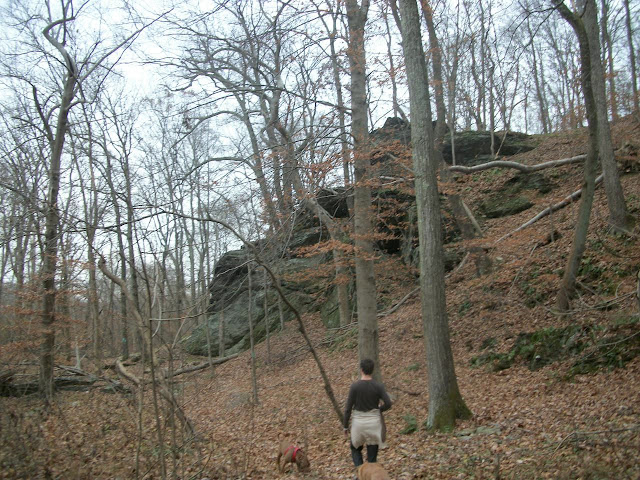 the few yellow leaves clinging to branches, and the dark water to be mysterious and beautiful. 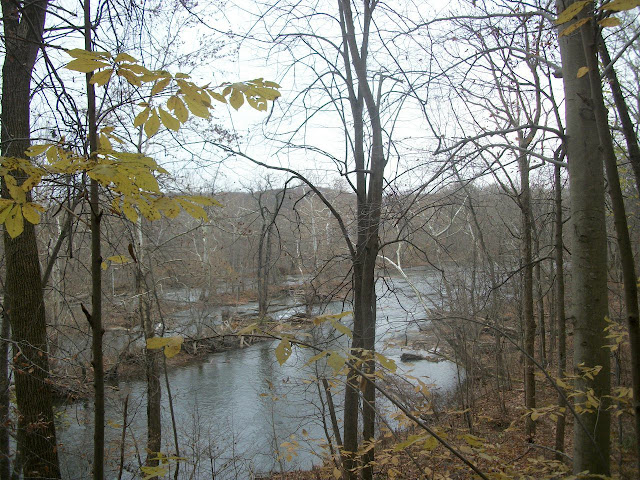 There is so much to marvel at in nature, at any time of year. Early in our relationship, it seemed Florian and I saw herons everywhere we went. It seemed somehow auspicious to me that they appeared for us so often, and it still does. 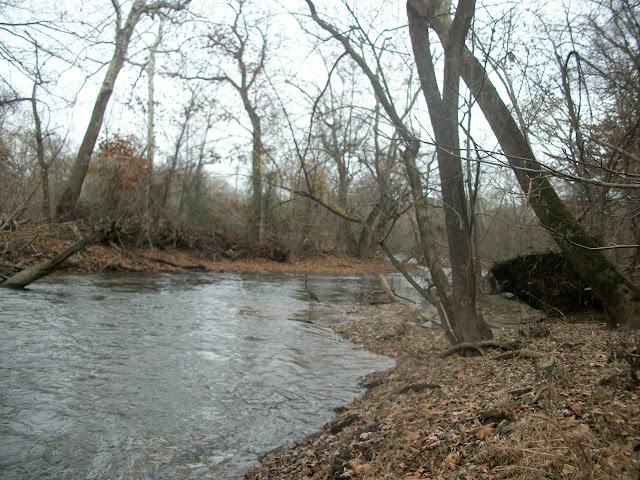 Beavers are also symbolic for me, in a joyful way. A symbol of homemaking. 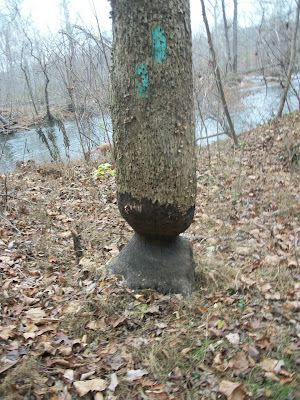 Though thought of as pests and still killed by the thousands by Wildlife Services, the euphemistically-named office in the U.S. Department of Agriculture that kills wildlife at the behest of commercial interests, beavers are keystone species that create habitat for other species and are a foundation for entire ecosystems.
For our own part, I was glad that we could come into their ecosystem without disturbing them too much, a feat made easier by the fact that we left our own landscape architect--Fozzie--at home.
Fozzie and Sandy have been getting into little--and a few not-so-little--scrappies lately, and given the possibility that the dogs would have to stay in the van for a bit while we were in the dance studio, I didn't want to chance leaving the scrappy pit bulls alone.
There's also the fact that much as I adore Fozzie, walks are a tad more peaceful, easier, more relaxing without a certain little avid hunter along. 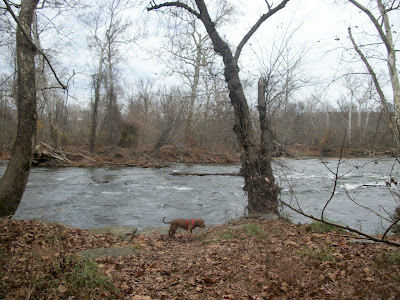 Of course I felt guilty leaving him all alone while we went off on a fun hike, but after the last scrappy Fozzie was left limping and Sandy with crusty scabs on her neck so I didn't think the guy would mind one day of rest.
Sandy and Lamar are not the easiest dogs either, by any means, but Sandy, by virtue of her teeny tiny pocket pit bull size and her attentiveness when she hears her name, and Lamar, by virtue of his senior citizen status, both just strike me as almost impossibly easy to manage after two years of managing 65 pounds of lunging muscle in the form of a certain brindle beast.
So I won't feel too guilty about this one hike with the "easy" dogs and my little ballerino, along with our friends the beavers, the herons, and yet another undiscovered place along the Potomac. 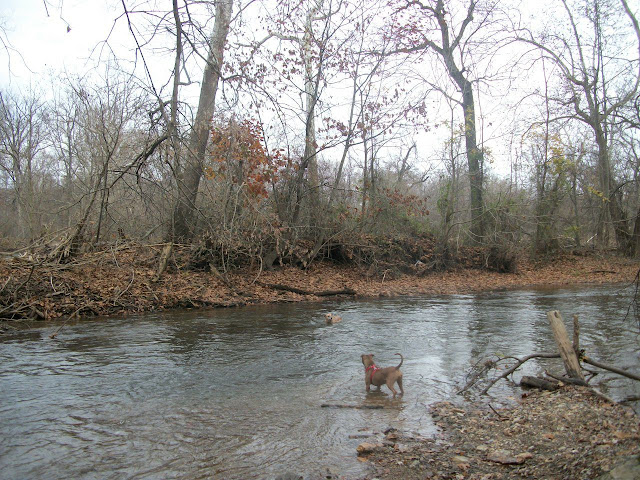