Although there were so many things about Sandy that I adored--her underbite, her snorting kisses, the way she reminded me of Tashi--it was also at times incredibly stressful to have a perpetual motion motor piglet zooming all over the house and in everybody's face. 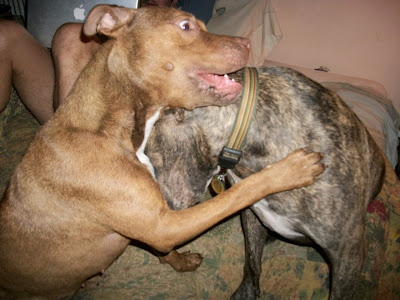 Fozzie enjoyed the outlet, but more than half the time he looked like he would prefer just being allowed to sleep.

Lamar surprised me by returning Sandy's playfulness and romping around with her like a much younger dog. 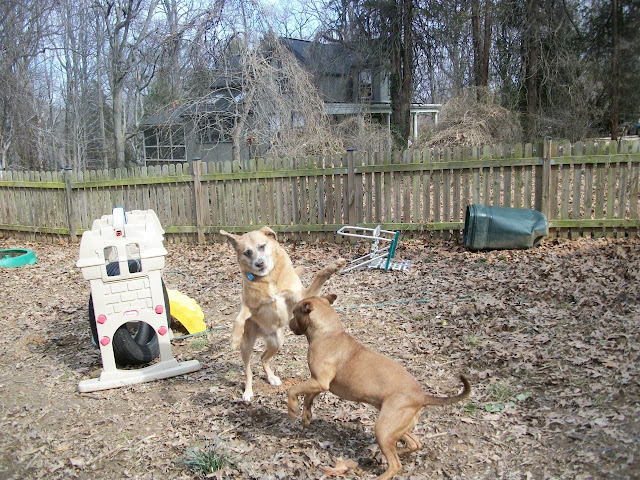 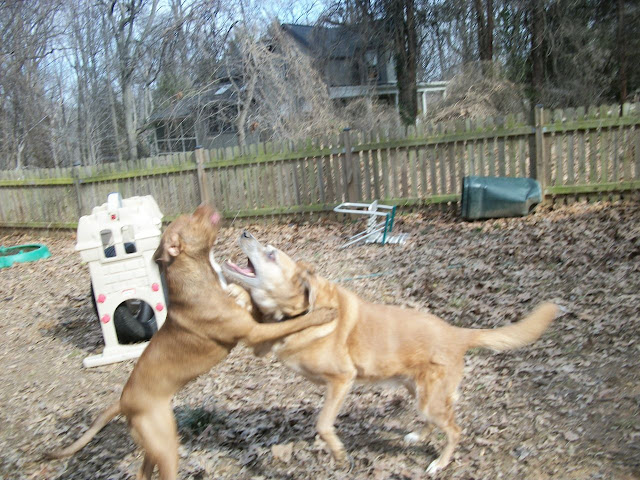 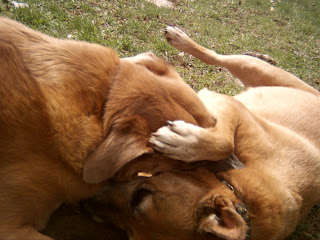 Not quite the way he used to with Tashi--where they would roll around and wrestle on the ground for hours--but still, there was a lot of playful jumping around and sparring.
This was one of the things that made it hard to let go of Sandy, because I felt that here was a dog that Lamar actually liked. 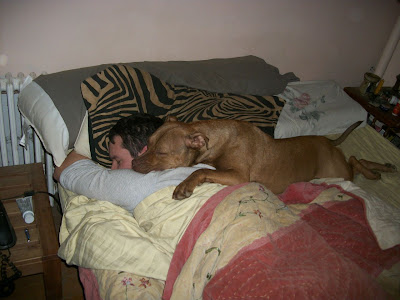 Florian loved the little piglet face and butt and the cuddly pittie sweetness and the tiny paws and the way she would drape herself over him with those little paws stretched out froggie-style behind her. But being awakened by a charging flaming ball of fire, licking and nipping and snorting and cavorting, every morning well before wake up time? Not so much. 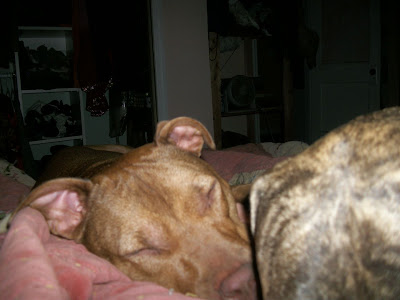 As with every dog, I was torn between the feeling of pure intense maternal love and attachment when I looked into her eyes and saw that adoring gaze and squeezed those tiny bitty paws, and the desire to just bloody be left ALONE for five minutes and the space to just...space out and for a little while not have an intense needful ball of fire to attend to.


I sound just like my Mom, and that probably is just how Moms feel. A perpetual dance between love and exasperation.


A very worthwhile dance, I might add, and one that I am certain I will embark on again. Once the sanity becomes too much to bear.
By Kirsten (peacefuldog) at March 01, 2012

Email ThisBlogThis!Share to TwitterShare to FacebookShare to Pinterest
Labels: Sandy, Why foster?